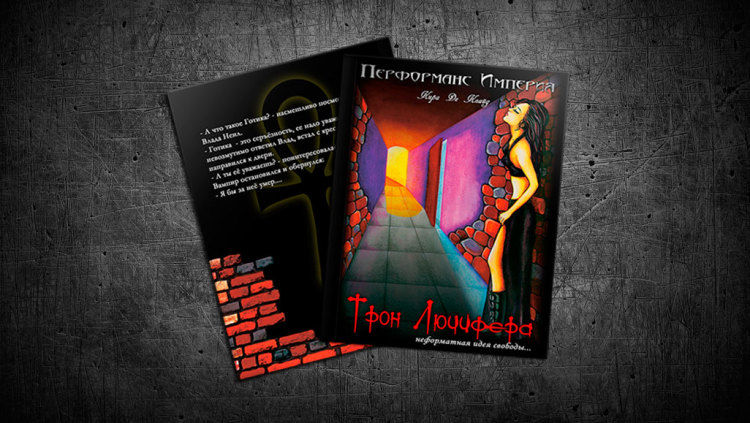 Book I. Throne of Lucifer

During search of life priorities the heroine of the novel goes to other city. There she meets the second cousin Vlad and his friends. Strange scandalous guys make bright and deep impression on the girl. They are clever, attractive and interesting, some of them gays. And still – they are Vampires, soldiers of the Gothic style.

A gothic style – the closed intellectual world, for those who doesn’t want to live on a format, hidden in ancient cellars of the Cathedral. Communicating with Vampires, the girl starts understanding that the Gothic style is not simply secret world for not format people, it something bigger, it is almost informal Empire!

She understands that exactly here she can find her place and open herself. Vlad, sympathizing with the sister, gives her opportunity secretly to live on the Gothic style among his Vampires. And that the secret wasn’t revealed, for Neil is necessary to play a role of the guy, after all Vlad’s group the exclusively man’s. The girl agrees, without suspecting that the interesting adventure can become  a deadly experiment.